Sang joined Verseon because he believes the company will be the primary engine for future drugs. He wants to develop the full potential of Verseon’s massive proprietary data set and library of completely novel chemical compounds. Sang is a member of the US National Academy of Engineering, which cited him on his election to the academy for his work in computational drug discovery tools. He is also the current Head of the Chemical Engineering Department at Purdue University. Sang was the inaugural CEO of Morgridge Institute for Research and a VP at Eli Lilly involved with early work in computer aided drug design. He received his BS and MS from Caltech and his PhD in Chemical Engineering from Princeton. 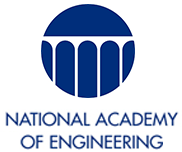